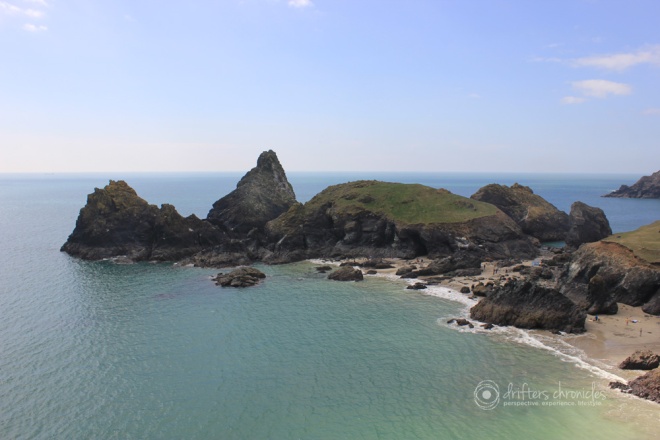 Kynance Cove in the Lizard Peninsula

Before our trip to England, a bunch of friends told me to enjoy the rain because there wouldn’t be much sunshine. I said to myself you know rain is actually better than snow. You see, this year in Canada winter decided to stick around until the latter part of April. With months of cold temperatures and snowy days, I was beginning to think of England as a tropical destination and while it might not have tropical temperatures it might be nicer than Canada was at the time. I was correct and extremely happy about it. From the time we touched down we were in short sleeves and enjoying the sunshine in the region of Cornwall. 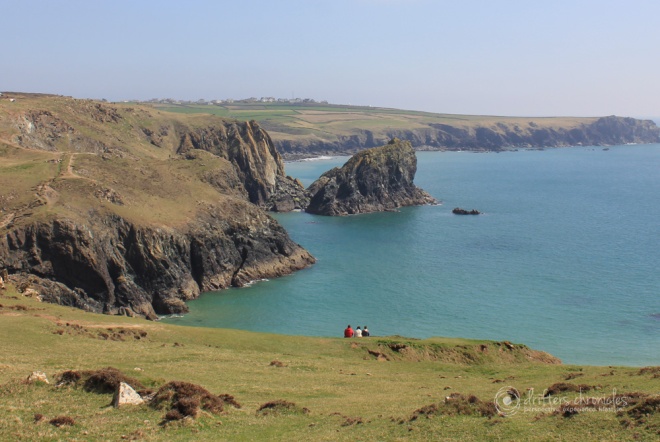 One of stops that we made was to Kynance Cove in the Lizard Peninsula. I heard good things about this area and the weather seemed perfect to go for a nice walk and spend some time relaxing by the ocean.

This area is extremely beautiful and worth spending some time at. They have some walking trails along the coast and a cafe right near the cove. Kynance Cove is owned by the National Trust.  I believe we paid a small fee to park our car but nothing expensive. 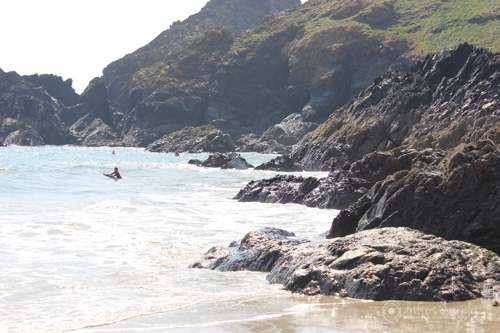 Not a bad place to take a dip.

I felt that all of the places in Cornwall were very close to each other and didn’t take much time to drive to at all. However one thing I did find was that the roads were extremely small/skinny. Often times we would find ourselves squeezing in between a car and the rocks on the side of the road while driving on the opposite side of the road in England. NERVOUS is the word I would use to describe me while driving. I kept running up on curbs because I wasn’t used to driving on that side of the road, I was happy that we got an automatic car instead of a standard though.

This was the perfect day and place to sit down and enjoy the amazing coastline.