The City of Bath

About 2.5 hours west of London England is a city called Bath. It is also a Unesco World Heritage Site. As with most things in England, the city is old and has lots of history behind it. The city was established to be a spa/”Bath” for the Romans many years ago. I only realized once I got there that this was how the city got its name. There were many pubs with very good deals throughout the day

The Roman Bath’s are obviously one of the most popular attractions in Bath. The admission was $12.75 and you can find more information about the attraction here www.romanbaths.co.uk. The steam rises off of the water, as you can see in the picture.

The Bath Abbey is not far from the Roman Bath’s and is another element of this city worth checking out. There is so much detail put into European architecture, especially churches. You can see the type of detail that I’m talking about in the picture of the church door. Very unique. 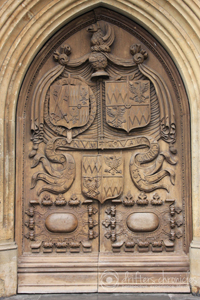 The door at the Bath Abbey

Another attraction to check out while in Bath is the Pulteney Bridge that crosses the Avon River. It was built in the 18th century and hosts a bunch of small shops within it. It was nice to walk by during the day and to see at night when the lights illuminated the bridge. 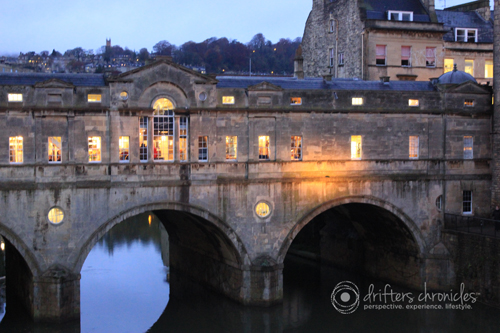 4 thoughts on “The Old World Charm of Bath, England”