It was a beautiful morning in Ucluelet BC (Vancouver Island)  and I was excited to see some wildlife. There is no place in the world quite like the west coast of Canada. We booked our Whales, Islands and Bears tour with Subtidal Adventures in their zodiac. There was a slower 4 hour boat tour but we wanted the faster moving zodiac ( 3 hours) to be able to keep pace with the wildlife.

One of the things that I forgot when I booked this tour was that I don’t handle ocean waves very well, meaning I get seasickness pretty easily. So I made sure to tell Charlene that I might lean over her side if I felt a tad queasy. 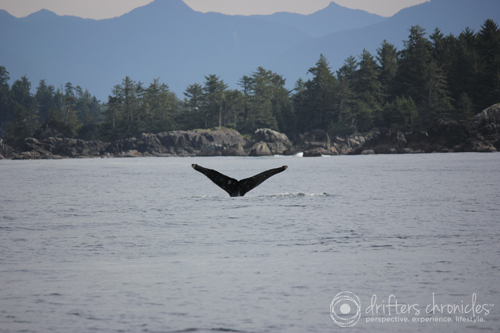 Our guide lowered our expectations before we went out saying that most of the whales had left the region of Barkley Sound and that we would be lucky to see one whale. We spotted a lone whale within the first hour and then spotted a mother and baby humpback whale. It was totally amazing. They kept popping up in different spots in the water and the mother lurched slightly out of the water most likely to grab some food. The ultimate was watching the baby humpback whale fly out of the water twice. I’ve never seen anything quite like that, to think that something that weighs so much could fly out of the water like that. 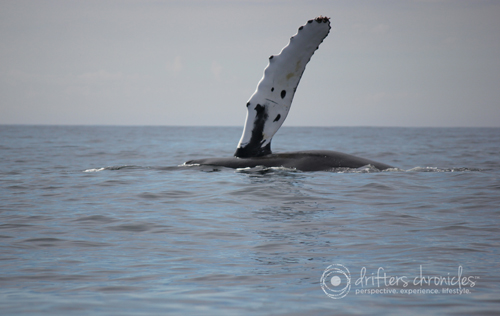 Our next major sighting was an island of Sea Lions. You could smell them from a mile away and they made some really loud noises. There were so many of them hovering around this little island. 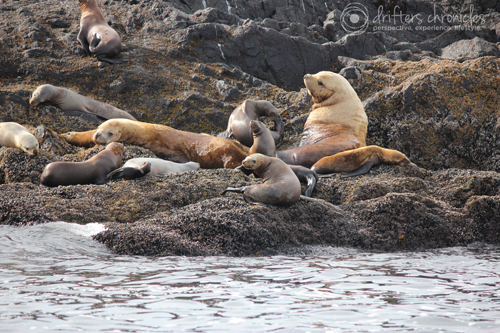 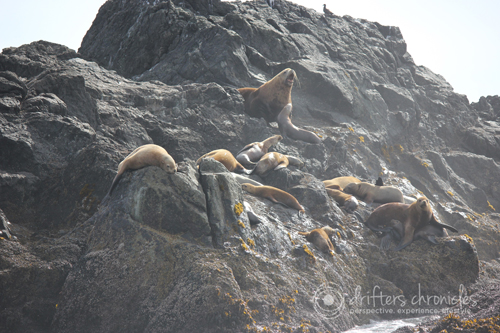 And finally I got my wish of seeing a bear in the wild. After all of the camping we’ve done it is probably a good thing that I haven’t seen one. But these black bears in Barkley Sound were different, smaller and nice to look at from the safety of the water. We were able to spot two that were looking for food along the shoreline. This was a worthwhile adventure that I will remember for a long time.

5 thoughts on “Whales, Islands and Bears…oh my!”